The ‘proof’ is in the equation!

Proof is highlighting Waterloo’s brightest and most talented in our Equation Series. Look for changes on our restaurant chalkboards as we feature a new genius in our area every few weeks. 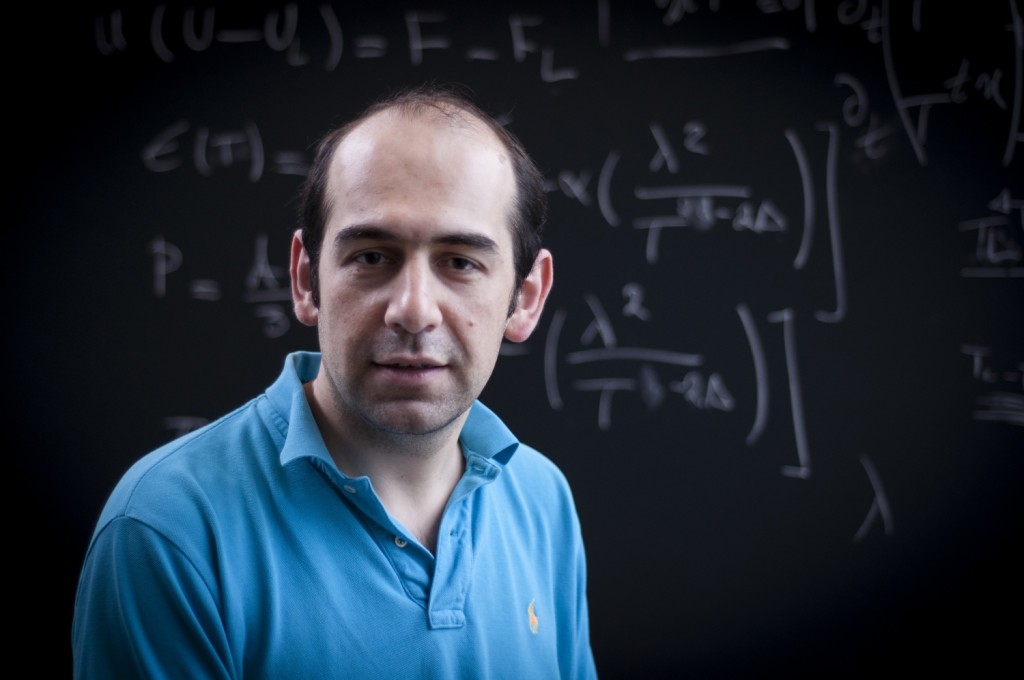 What is your equation about?

How do quantum particles that make up everything that we see around us, gravitate? This question was first asked by the famous Italian physicist, Wolfgang Pauli, almost a century ago, with disastrous consequences! If Einstein was right and E=mc2, he found that the gravity of empty vacuum was enough to tear moon apart from its orbit around Earth! Since Pauli’s observation, and in spite of tremendous advances in understanding of gravity and quantum physics, the question of how they could accommodate a large cosmos has been enshrouded in mystery. 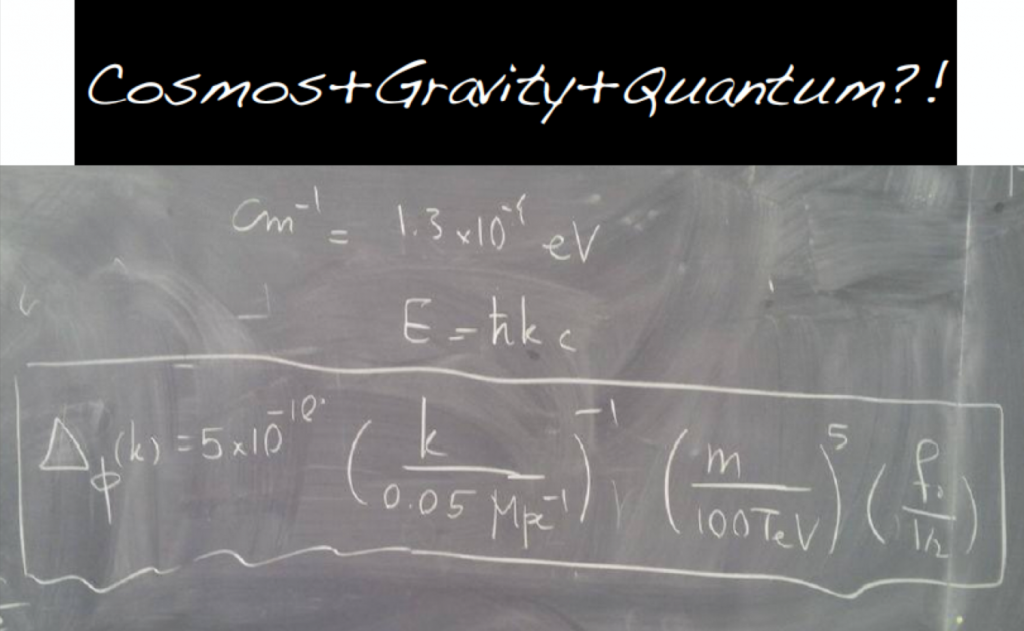 My equation puts a new twist on this mystery, by quantifying how large, potentially observable, ripples in cosmic geometry can be created by tiny ripples of quantum vacuum.

Why does it matter?

General Relativity and Quantum Physics are at the heart of our modern life. The former is crucial for our navigation and GPS systems, while the latter is indispensable in nearly everything we use, from cell phones, to computers, to airplanes. Furthermore, the two theories are at the forefronts of our detailed mathematical understanding of Nature. Nevertheless, they are inconsistent and cannot fit within the same framework.

I hope that understanding the interplay of these theories on largest scales of our Cosmos can shed light on the true nature of the underlying theory.

As history has taught us over and over again, a better understanding of natural laws often helps our civilization advance, both intellectually and technologically. If this doesn’t matter, I’m not sure if anything else will!

Why did you become a physicist?

I remember since I was a teenager, I have been mesmerized by the perfect and peaceful dance of the heavenly objects in our night sky.

I was hooked, when I learnt that this complex and sophisticated dynamics can be described, in fact predicted, by incredibly simple equations.

What’s the best part of being a physicist?

Just being able to follow your curiosity and imagination, as an adult, day in and day out, and being paid for it! And then, there are other adults who share your fascination! And as if that’s not enough, if you’re very lucky, nature sometimes smiles upon you and gives you a peek. 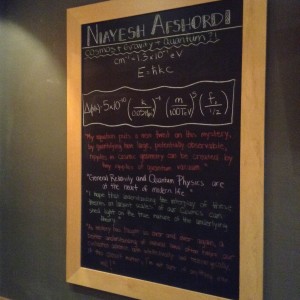 My favourite meals are all from my childhood. I love Olivier salad, which is a Russian potato salad with chopped pickles, eggs, diced boiled chicken, and green peas, as well as mayo and other spices. This was often served at birthday parties where I grew up, so it’s no surprise that I was conditioned to love it!

I also love Gazpacho, which is basically a cold tomato soup with added vegetables and spices. When I was a kid, I used to spontaneously grate tomatoes, add spices to it, and have it as a soup. When I visited Spain around 10 years ago, I realized that adult Spaniards do the same thing, which was a pleasant surprise!

For reasons that still elude me, I can rarely find either Olivier salad or Gazpacho served in North America, so whenever I can get them, it’s a treat.