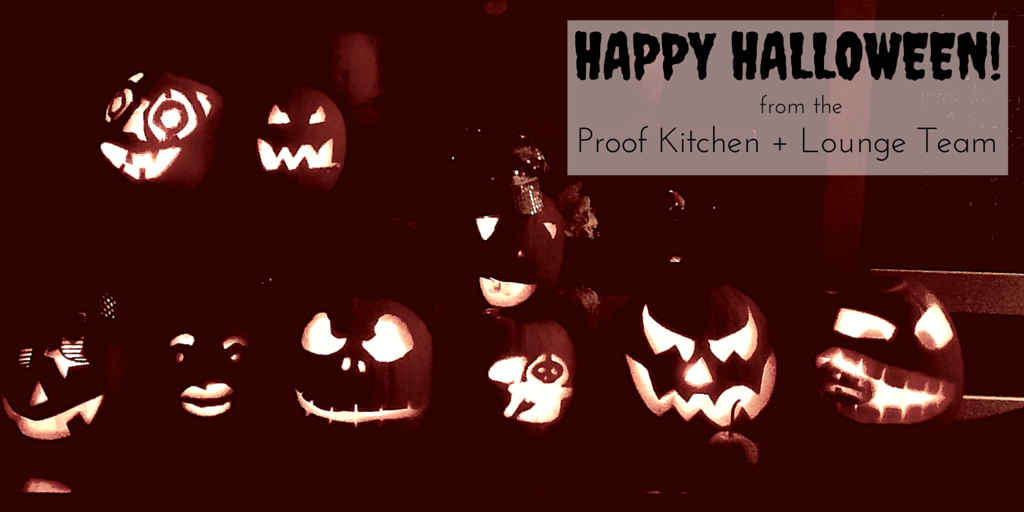 Proof management came up with the exciting idea to host a staff pumpkin-carving contest – with a twist.

In preparation for the party, Proof managers got together and hid 20+ pumpkins throughout the restaurant. Participants then had to search inside and outside to find their perfect pumpkin to carve. Once they returned with their chosen pumpkin, the staff was told that there was a number attached to the bottom that had their “carving fortune”. Each fortune dictated how the player would be forced to carve their pumpkin. Some had to wear wigs or moustaches, others had to tie one hand behind their back and some even had to link arms with another player! 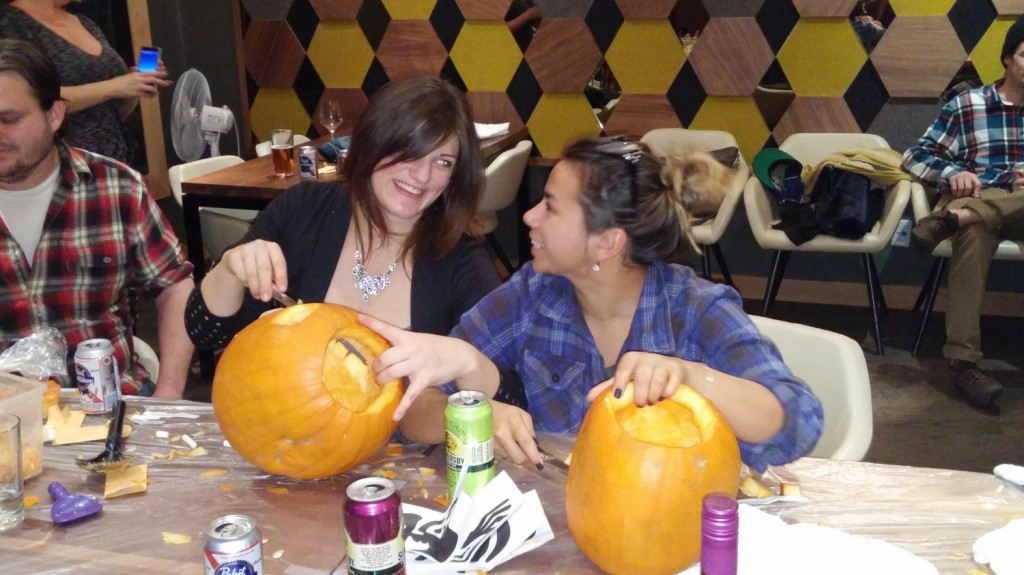 The results were surprisingly impressive. With the help of musical guest, Tim Louis, we decided on an obvious winner – which were Aniko and Ryan, who worked as a team, carving a pumpkin that was chewing on another pumpkin! A close second place was awarded to Matt, whose pumpkin’s eyes impressively managed to follow poor Tim around the room. 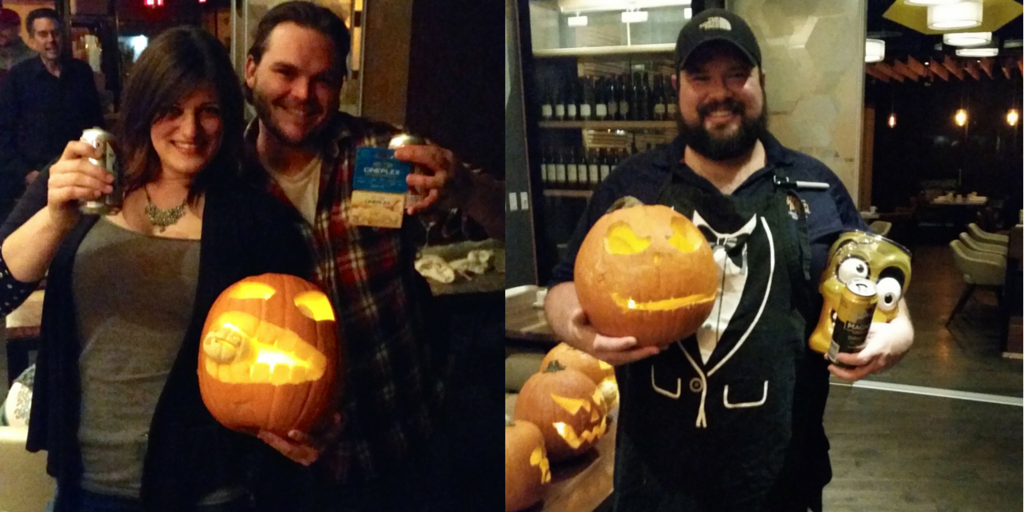 Overall, it was a night full of pumpkin guts, costumes and lots of laughter! Stop by the restaurant this weekend to see the staff’s final products.

We hope everyone has an exciting, safe Halloween weekend! 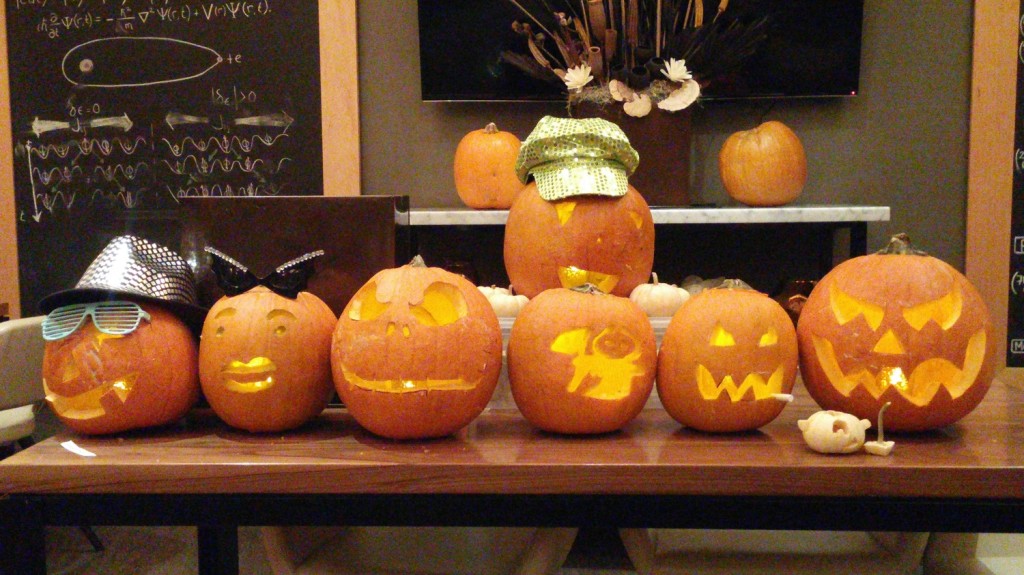